Are you looking for an easy 4th of July craft for kids to make?  Get out the pom poms and crafts sticks and create this festive Pom Pom American Flag Craft.  This simple patriotic craft is a fun way to decorate and celebrate the up-coming summer holidays. 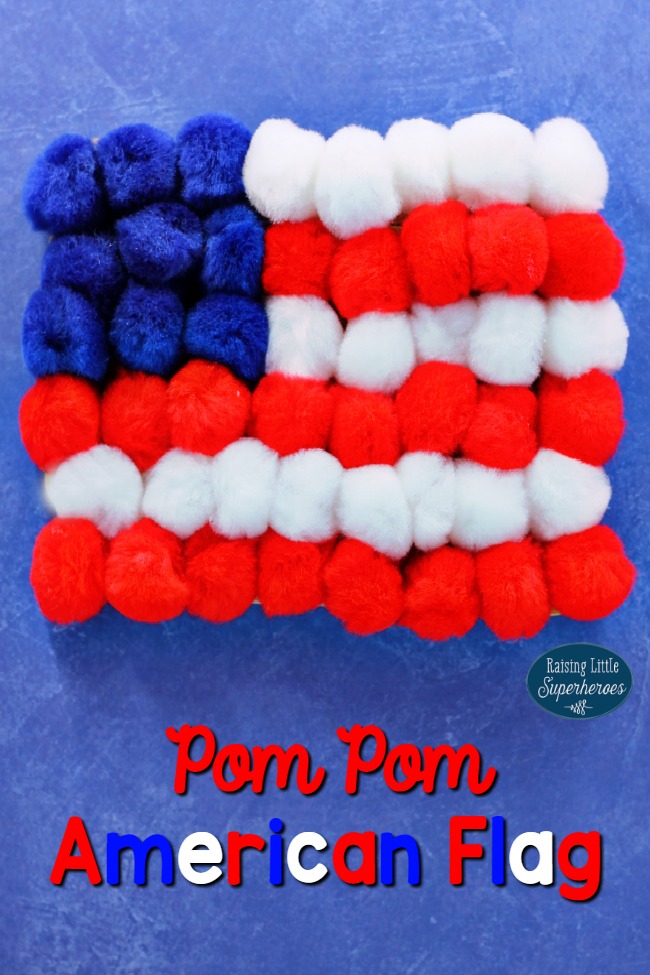 How To Make A Pom Pom American Flag Craft: 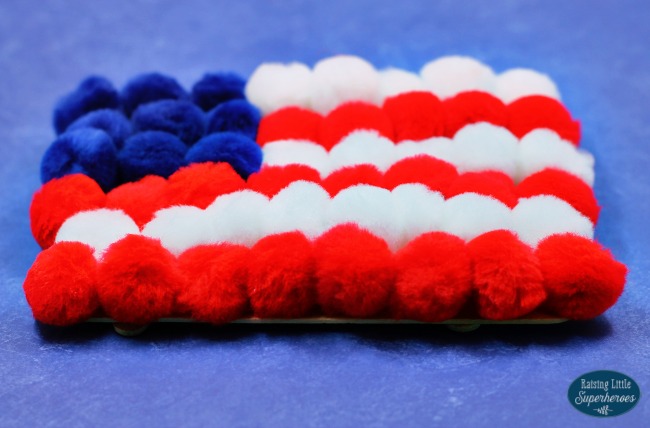 As your child is making the craft, have him or her count the number of pom poms that he or she is using and create color patterns.

Attach another jumbo craft stick on the bottom to create a flag pole so your child can wave it around or add magnets to the back of the craft and hang it on your fridge.

This Pom Pom American Flag Craft is a super simple patriotic decoration for your kids to make and a fun way to celebrate Memorial Day or the 4th of July.